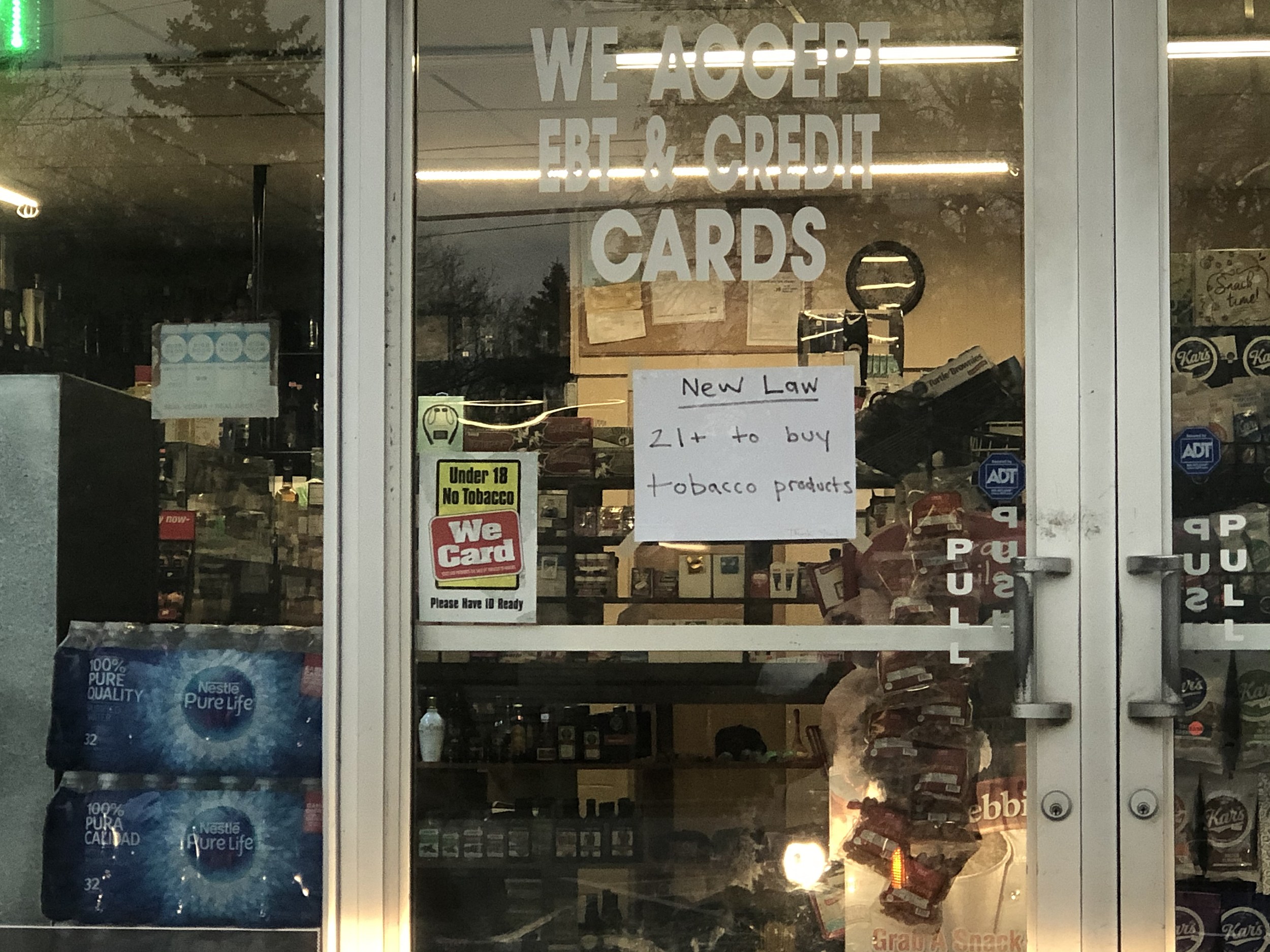 Last week when Donald Trump singed a sweeping bill that made buying tobacco and vape products illegal for anyone under 21, we wondered when it would take effect… apparently the answer is NOW.

USA Today reports that while normally it takes a while for a law to go into effect, a spokesperson for the Food and Drug Administration has said that because this change   “simply increased the age limit in existing law… it was able to go into effect immediately”.

It is now illegal for a retailer to sell any tobacco product – including cigarettes, cigars and e-cigarettes – to anyone under the age of 21 years.

Previously, ABC News had reported that it could take about nine months, as the Food and Drug Administration would have 180 days to update its regulations and then the new law would go into effect 90 days after that.

Apparently we’re not the only ones confused.

MLive reports that one Michigan vape store owner says there is “a massive amount of confusion” about the new age requirements among tobacco businesses. Marc Slis, owner of 906 Vapor in Houghton, tells MLive there hasn’t been any clear communication from the FDA or state of Michigan about it.

Michigan Attorney General spokeswoman Kelly Rossman-McKinney told MLive that business owners are expected to stay up to date on laws regarding their markets and that local prosecutors will handle enforcement.

Best of the Web

Get access to exclusive contests, giveaways, and benefits! Give feedback, play games & trivia, and earn points to get closer to those rewards!

Seize the Deal offers one incredible online deal every day from dining deals to haircut coupons, spa deals to salon discounts and much more.

Welcome back to WFGR VIP

It appears that you already have an account created within our VIP network of sites on . To keep your personal information safe, we need to verify that it's really you. To activate your account, please confirm your password. When you have confirmed your password, you will be able to log in through Facebook on both sites.

*Please note that your prizes and activities will not be shared between programs within our VIP network.

Welcome back to WFGR VIP

It appears that you already have an account on this site associated with . To connect your existing account just click on the account activation button below. You will maintain your existing VIP profile. After you do this, you will be able to always log in to http://wfgr.com using your original account information.

*Please note that your prizes and activities will not be shared between programs within our VIP network.

Please fill out the information below to help us provide you a better experience.

WFGR VIP brought to you by:

WFGR VIP brought to you by: Sign up to have exclusive WFGR VIP contests, events, coupons, presales, and much more delivered to you for FREE.
Like Us on Facebook
WFGR VIP brought to you by:

Thank you for your request.