Kiss, Linda Ronstadt, Peter Gabriel, Nirvana, Hall & Oates and Cat Stevens have been elected into the Rock and Roll Hall of Fame‘s 2014 class. That means Deep Purple, Yes and the Zombies are among the nominees who were not chosen this year.

According to the Hall’s official website, “The 2014 inductees are chosen by a secret ballot of over 600 individual voters consisting of all past inductees of the Rock and Roll Hall of Fame, musicians, historians, critics and members of the music industry.”

This year they gave one of those 600+ ballots to music fans around the world via a special poll. Kiss edged out Nirvana, Yes and Deep Purple for this honor by earning 17% of the vote. So who knows, maybe it was your mouse click that finally got them into the Hall of Fame.

Two years ago, the group seemed less than concerned about repeatedly failing to be elected into the organization, suggesting they could “just buy it and fire everybody.” But this year they encouraged fans to vote for them in the fan-voted poll on their Twitter page. Gene Simmons also courted controversy by saying he wouldn’t want to perform with original Kiss members Ace Frehley and Peter Criss if the group were inducted this year.

Gabriel was already inducted into the Hall of Fame as a member of Genesis back in 2010. Since leaving that group in 1975, he’s remained one of the most innovative and literate artists in rock music, as well as being one of the first to incorporate world music influences into his compositions.

Ronstadt, one of the biggest music stars of the ’70s, helped reacquaint a generation of music fans with then-forgotten rock and R&B songs from the ’50s and ’60s, and also helped introduce figures like Andrew Gold and Warren Zevon to a wider audience. Earlier this year she announced that Parkinson’s disease had brought an end to her music career.

The 29th Annual Rock and Roll Hall of Fame Induction Ceremony will be held in April 2014 in New York City. The festivities will be presented on HBO in May.

The Beauty Of Fall In Michigan In Less Than Ten Seconds

What’s the Big Deal With Reporting Your Deer Kill Online?

The Red NOT Chili Peppers Coming To GR Friday

Best of the Web

Seize the Deal offers one incredible online deal every day from dining deals to haircut coupons, spa deals to salon discounts and much more.

It appears that you already have an account created within our VIP network of sites on . To keep your personal information safe, we need to verify that it's really you. To activate your account, please confirm your password. When you have confirmed your password, you will be able to log in through Facebook on both sites.

It appears that you already have an account on this site associated with . To connect your existing account just click on the account activation button below. You will maintain your existing VIP profile. After you do this, you will be able to always log in to http://wfgr.com using your original account information.

Please fill out the information below to help us provide you a better experience. 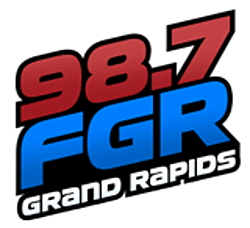